Art vs Science – Any progress?

Art vs Science – Have we progressed since 1959?

In 1959, the British scientist and novelist C.P. Snow gave a lecture on how art and science separated people. It caused a huge furor which has continued to this day.

Snow argued that people who sat on one side of the arts/science divide didn’t fully appreciate the methodologies of people on the other.

And, because of the British tertiary-education system’s emphasis on humanities (especially Latin and Greek), this meant most ‘educated’ people simply didn’t understand science – and therefore they failed to use the many benefits of scientific process in their day-to-day lives.

Instead, they tend to treat what they do as more of an art – a cottage industry where intuition, force of personality and individual brilliance hold sway.

Of course industrial process engineering has taken hold of back-office operations, settlements and cash management in most areas of finance, but in many places, Front-Office decision making remains more intuitive than scientific.

Intuition has its limitations

I think that we should be treating much more of what we do in Finance as a science, not an art.

After all, finance requires all the same elements as any other scientific pursuit: a process, data, analysis and inputs.

There will always be room for good old gut feel. It’s gut feel that may lead us to hypotheses that we can then test in a scientific manner.

But gut feel on it’s own will not lead to consistent long-term success. We need to be scientific about it.

In fact, I think we should see the scientific process for building a decent investment portfolio as no different to the process for designing an airplane. We should be trying to get the best out of our decisions based on analysing all the data – and using every tool at our disposal to help us do this.

Sure, you can try to figure it all out as you go along. That’s exactly what the Wright brothers did at Kitty Hawk back in 1903. It was perseverance through trial and error that got them off the ground. It was a huge achievement, and flight has come a long way since then. 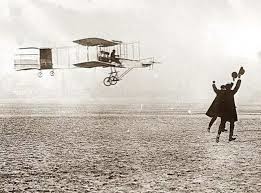 In 2015, you’d never dream of designing an aircraft without Computer Aided Design, wind tunnels and Finite Element Analysis. These technologies have made airplanes faster, more efficient and infinitely safer. Failing to use them when building a modern aircraft would make the aircraft unsellable, it would also indicate a reckless indifference to the economics as well as the lives of pilots and passengers.

Consider a small change like the vertical ‘wingtips’ that arrived on commercial jets in the 1980s. These improved fuel efficiency by around 3% and are directly a result of designers gaining access to improved computational modelling. 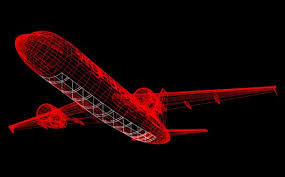 There is still a lot of skill in being an aircraft designer: the software doesn’t do it all by a long way. You need training, a deep understanding of your goals, and experience. And indeed there will be a huge difference between the designs created by one person or another using the same software.

But the software still ensures that the plane will fly, not break- up under stress and be optimally engineered for cost. All problems that the Wright brothers solved through trial and error.

We should approach portfolio construction in the same way.

Instead of treating the Portfolio Manager’s office as an artist’s studio, let’s see it as an industrial setting where we use a robust, repeatable process to inform all our decisions.

Let us build an Investment Portfolio that benefits from a PM’s skill, in a robust way and that uses science so that it also will fly, not break-up under stress and be optimally engineered for cost!